Importance of the Day for India History - December

8 December - Day in History of India and Importance

10 December - Day in History of India and Importance

2011
The origin of genetic diversity found in South Asia is much older than 3,500 years
Aryan invasion theory not right. A Study claimed.
http://indiatoday.intoday.in/story/indians-are-not-descendants-of-aryans-study/1/163645.html

Email ThisBlogThis!Share to TwitterShare to FacebookShare to Pinterest
Labels: Indian History of the day

6 December - Day in History of India and Importance

1946 - Home Guards organization was established.
On  6th December 1946, first Home Guards Unit was conceived and raised in erstwhile Bombay State during turmoil period of civil disorders and communal riots, as a civilian voluntary force in aid of administration as an auxilliary to Police, under the stewardship of late Morarji Desai, ex-Prime Minister.
1952 - First Indo Soviet Trade Agreement was signed
1987 - MiG 21 named as Baaz inducted into the IAF
1990 - VHP sponsored Kar Seva in Ayodhya

1992 - Mosque termed as Barbi Masjid was brought down by the crowd of kar sevaks.
Photos - India Today and the description of events of the day

1997 - Kalpana Chawla, was one of the crew members of the space shuttle that returned to earth after a mission in space.

2014 - VHP is organizing a small function at Karsevakpuram Ayodhya as Shaurya Diwas. They agree that first priority for the Government now is development.  Ambedkar parinirman divas is being celebrated.

1 December - Day in History of India and Importance

1764 - Battle of Anvadi
1921 - Netaji Subhash Chandra Bose was arrested and sent to jail.
1928 - First Talkie films show "British Talkies" was shown in Globe Theater, Calcutta
1931 - The Second Round Table conference that began in London ended. Congress was solely represented by Gandhi and Muslim League by Sir Allama Iqbal and Quaid-e-Azam, etc.
1963 - Nagaland became 16th state of India.
1965 - Border Security Force was organized.
1970 -T. Swaminathan was appointed as the Cabinet Secretary of India. He held this office till 02-11-1972
1985 - Rajiv Gandhi concludes the first official visit to Japan by an Indian Prime Minister at Tokyo.
1989 -V. P. Singh is named the new prime minister by President of India.
1991 - Stone laid for Sanskrit University at Kaladi.

4 December - Day in History of India and Importance 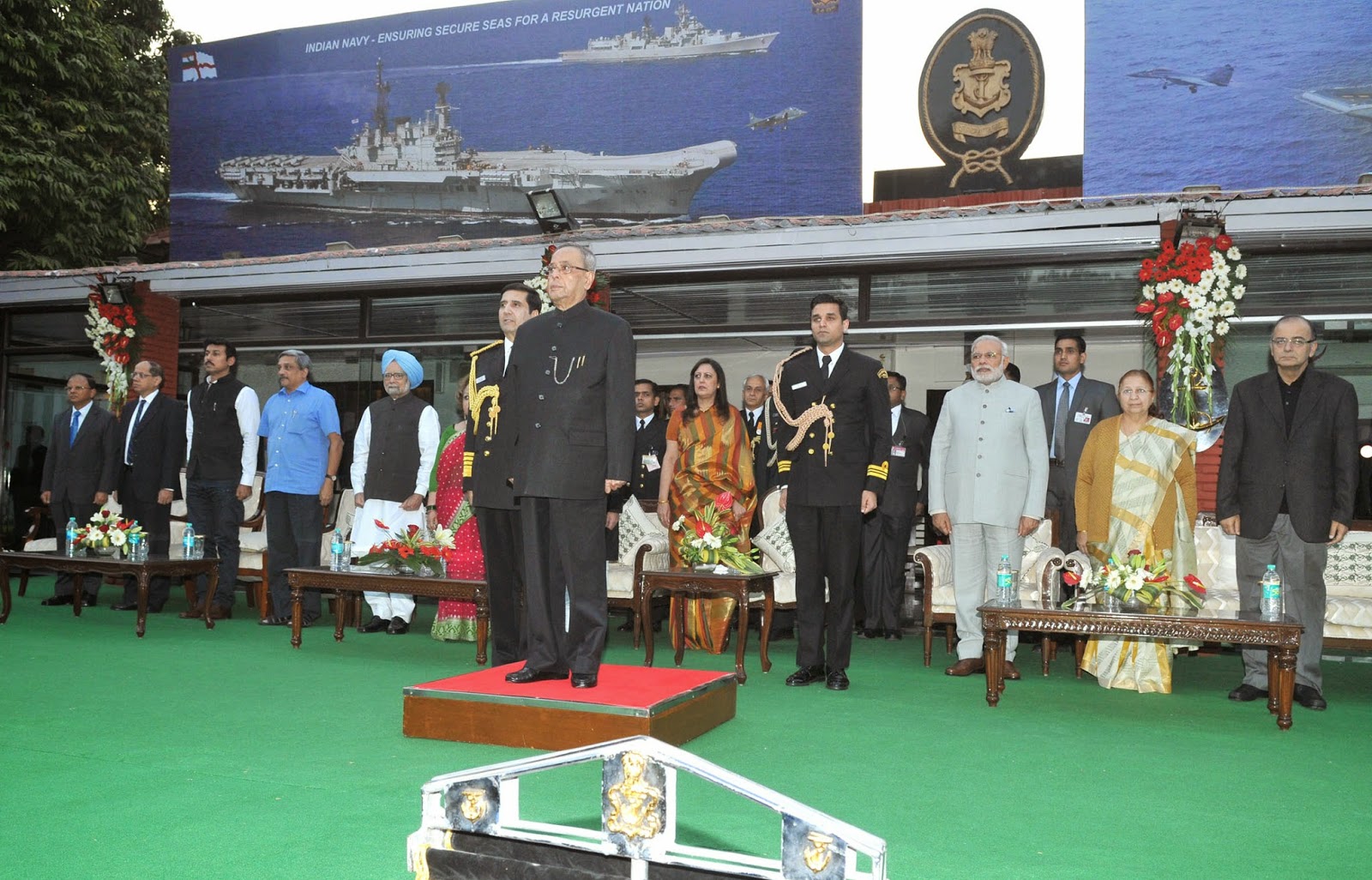 3 December - Day in History of India and Importance

1955 - Under article 343 (2)  of the constitution, Hindi was added to English as language for Union purposes.

1971 - India recognized Bangladesh and army marched into Bangladesh to support Mukti Bahini.
1971 - Three Pakistani Sabre air planes were shot down by Gnats.
1989 - Mulayam Singh invited as UP CM.
1991 - Lok Sabha question hour was telecast for the first time at 7.15 am

A frenzied mob in Paradip attacks an IAF helicopter carrying the Defence Minister Mr. George Fernandes and two of his ministerial colleagues.

H. K. Dua, Senior Journalist and former editor of The Indian Express, and The Hindustan Times is appointed the Press Adviser to the Prime Minister.


The Delhi HC dismisses a plea against Ms.Sonia Gandhi seeking deletion of her name from the register of Indian citizenship.

The Prime Minister's office will be the next target says the outfit Lashkar-i-Taiba after attacking the Badamibagh contonement in Srinagar.

An accused in the 1993 Bombay blasts is held in Nepal.

Red carpet welcome to Pope. He appreciates the religious freedom in India.

17 Pakistani soldiers are killed in fighting near LoC.


Mr. M. M. Rajendran will be the new Governor of Orissa.

A woman commits `sati' in Satpura village in Mohaba district of Uttar Pradesh.

Notorious criminal Surendra alias Dolatpuri is shot dead in an encounter with the police at Khatavli, Muzaffarnagar in Uttar Pradesh.

The Bihar Governor, Mr. Suraj Bhan dismisses the Horticulture and Weights and Measurements Minister, Mr. Samrat Chaudhary in the Rabri Devi cabinet, for being `underaged'.

A petition is filed against Union Carbide in New York court.

10 are killed in the Chennai Central prison violence

41 more Ministers are inducted into the Ram Prakash Gupta Ministry in Uttar Pradesh taking the strength of the Ministry to 91.

23 escape from the Tura district jail in Meghalaya.

The ancestral home of J. Krishnamoorthy alias JK is to be preserved as a national monument.

Three Lashkar-i-Taiba militants including its Chief Commander are killed in a fierce encounter with Special Operations Group (SOG) in Jammu and Kashmir.


The Goa Chief Minister, Mr. Luizinho Faleiro is asked to prove majority in the Assembly.

An Indian scientist, Mr. P.G.S. Mony is honoured by the French Government.

The BSF unearths a 160-yard tunnel near the barbed wire fencing on the Pakistani side.


Mr. Vinod Chandra Pandey takes over as the Governor of Bihar.

The Gandhian and noted social worker Baba Amte is chosen for the Gandhi Peace Prize for 1999.

The `Rainbow warrior' the campaignship of the international environmental group, Green Peace, arrives in Mumbai.

The BJP joins the Goa Ministry. Meanwhile the new Governor of Goa, Mr. Mohammad Fazal is sworn in.

The BJP suspends the former Chief Minister of Uttar Pradesh, Mr. Kalyan Singh from the primary membership of the Party for defying Mr. Vajpayee.

The Special Relief Commissioner of Orissa, Mr. D. N. Padhi is suspended for alleged irregularities in the procurement of polythene sheets for the cyclone-hit families.


Two persons are killed and 16 others injured in a grenade attack on army camp in Srinagar.

Senior Awami League leader, Mr. Mohammed Anwar Sheikh is killed and his wife and daughter-in-law are seriously injured in militants attack on his house in Kashmir.

Bid to blast the railway station in Andhra Pradesh by People's War Group (PWG) is foiled.

The Joint Struggle Committee of Financial Sector unions give a call for a nation-wide stir over the IRA Bill.

The former Prime Minister, Indira Gandhi is named ``Woman of the Millennium'' in a BBC poll.


The SC quashes a pending inquiry initiated by the Election Commission against the former Union Finance Minister, Mr. Manmohan Singh.

Dr. Shankar K. Pal of the Indian statistical institute is selected for the G.D. Birla Award for 1999.

The Prime Minister launches a Rs. 100- crore national venture fund for IT industry.

The expelled Kalyan Singh decides to form a new party.


Mr. Umod Chandra Pande is sworn in the Governor of West Bengal.

The Government lodges protest with the Pakistani Rangers following the discovery of a tunnel near the Indo-Pak border.

The Haryana Assembly is dissolved.

The Madhya Pradesh Minister for Transport, MR. Likhiram Karve is hacked to death by naxalites.


India agrees to a financial system stability assessment (FSSA) by the IMF.

The second phase of national AIDS programme is launched.

Bill to amend Copyright Act of 1957 is passed in the Rajya Sabha.

Four Pakistani troops are killed by Indian soldiers across the Poonch sector in Jammu.

The Delhi HC dismisses a plea from Mr. Rajendra Yadav challenging his retirement from the Prachar Bharati Board.


The Gujarat Government asks the Hindu Jagran March to go-ahead with Shilanyas for a Ram temple at Halmodi in Surat district.


The PWG claims responsibility for the murder of Likhiram Karve, Madhya Pradesh Minister.

The Manisana Wage Board for Journalists and Non-Journalists of Newspapers presents tentative proposals to the Government.

Shilanyas for Ram temple in a Gujarat village is peaceful.

An Indian Airlines aircraft with 187 passengers on board is hijacked. The plane was going from Katmandu to New Delhi. It lands near Abu Dhabi after several hops.

Hijackers release 26 passengers from the flight, which has been flown to Kandahar, Afghanistan.