29 June - Day in History of India and Importance


1757 - Mir Jaffer was installed on the throne as Nawab of Bengal, Bihar and Orissa

Email ThisBlogThis!Share to TwitterShare to FacebookShare to Pinterest
Labels: June

Princess of Ayodhya - Queen of a Korean Kingdom - 48 A.D.

This is a Korean name; the family name of the princess is Heo.


Heo Hwang-ok is mentioned in Samguk Yusa, a 13th-century Korean chronicle as the queen. She was the wife of King Suro of Geumgwan Gaya kingdom. The legend states that she arrived on a boat from a distant kingdom, and married the king in the year 48 CE. She was the first queen of Geumgwan Gaya. Now, researchers of South Korea, conclude that she came from Ayodhya.

A memorial to her is built in Ayodhya.


Six million Koreans trace their descent to her.

We need to know more about her.

Email ThisBlogThis!Share to TwitterShare to FacebookShare to Pinterest
Labels: Research

23 June - Day in History of India and Importance

1757 - Battle of Plassey. Nawab of Bengal was defeated by East India Company army.
1927 - All India Radio Broadcasting Service started
1980 - Sanjay Gandhi Died in a plane crash
(I was in Hyderabad at this time)
2000 - Journalist Palagummi Sainath got Amnest International Global Award for Human Rights Journalism 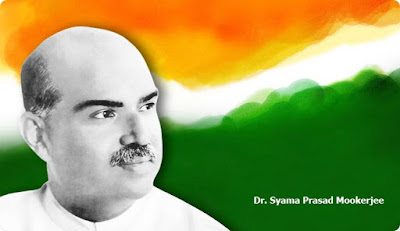 
1953 DR. Shyama Prasad Mukherjee died in Srinagar while in detention.
https://en.wikipedia.org/wiki/Syama_Prasad_Mukherjee
When Mukherjee was vice chancellor of Calcutta Univeisity, gurudev Rabindranath Tagore was the chief guet of convocation and addressed the gathering for the first time in Bengali.